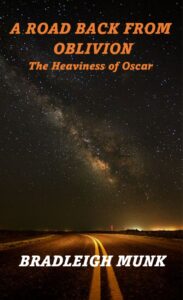 The struggles of a dead poet from the nineteen century and a neutered mathematician with ties to a Nazi enigma machine.  This is just the beginning when Bradleigh is thrown headfirst into history and forced to meet with the voices in his head. He sets out on a road from the past and is forced to reconcile current and past social injustices. Wilder Standing is trapped within a space and time where he is not allowed to heal or move forward. Our poet is hoping that he is able to hand over the torch to someone who has always been his voice of reason. While seeking the help of his protege he is driven to right the wrongs of a Victorian society and ride a dragnet through modern-day injustices.