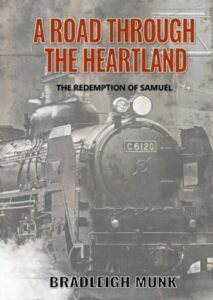 Time is a fickle bedmate during the best of times. However, when Bradleigh is thrown into the mix, it turns into a battle of wits and a constant falling through fractured timescapes. Our two heroes find themselves thrown back in time and forced to settle within the minds of two young proteges from the early twentieth century. Unless their previous conduct can be reconciled, the two will be faced with the continued deadly threat of survival and traversing the rivers of time polluted from their previous transgressions. Haunted from the past, Bradleigh will be forced into resolving his split-second decision of saving several souls condemned to death by Nazi Germany. It’s a never-ending race against the clock when our friends rush to catch the next train into history before true evil peaks its head and forces them down a one way- road into hell.